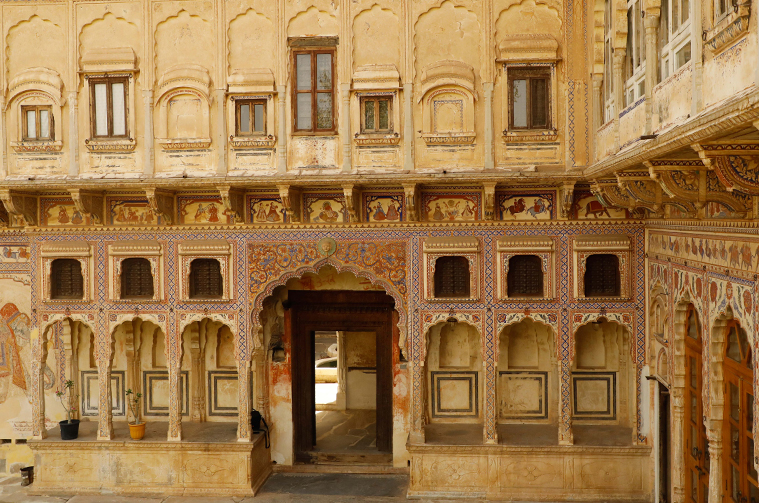 A special Indian feature in old houses and palaces is to rooms having multitude of doors. Each one is ornamental and everyone can be used for trespassing. But there is no big window. Window, if any, is very small which when opened is big enough to stick the neck out or to somewhat lean outside to catch the views or talk to someone below. So, the doors are actually windows. Practically, each time when one is going in or out of the room it’s practically entering or exiting out of photo frame. It’s a curiosity how original occupants managed living in such spaces without getting seriously inconvenienced or badly hurt. They were either too dwarf or they were crawling. Possible explanations

With range of generations and relationships all staying together around some big courtyard you don’t want everyone to hang around their doors but you don’t want them to be invisible because they close the doors when not required. 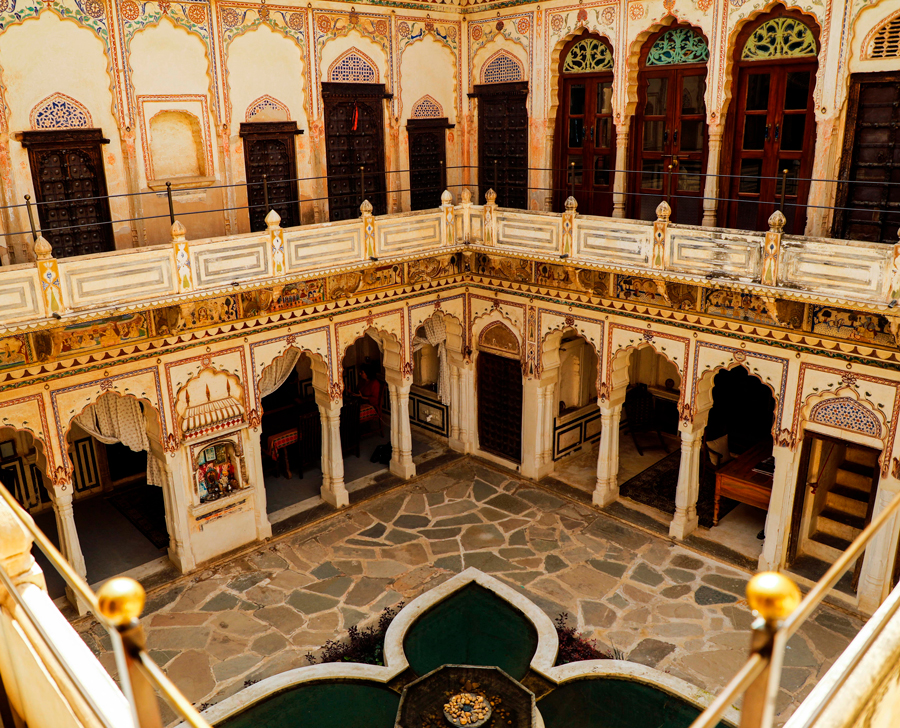 Devoid of hinges, these doors rotate on pin using the gravity. Taller the doors, thicker they have to be and heavier they become. They have to be lightweight and easily operable. Plus, they are made in such a way that India’s famous nuisances heat, dust, insects and reptiles don’t enter, the last one especially true in monsoon months.

Multiple yet smaller openings in chambers certainly work effectively in preserving the warmth in winter and the opposite in summer. For most ideal air circulation depending on the time some different sets of openings may be opened and others may kept closed.

In Hindu Homes it’s considered bad omen to stand or sit in door frame. One has to very careful and attentive while crossing over through the door frames without which you either trip or bump your head badly.

Things look beautiful overall when everything looks proportioned on the elevation. It’s a Mughal architectural convention which makes the facades look so balanced. 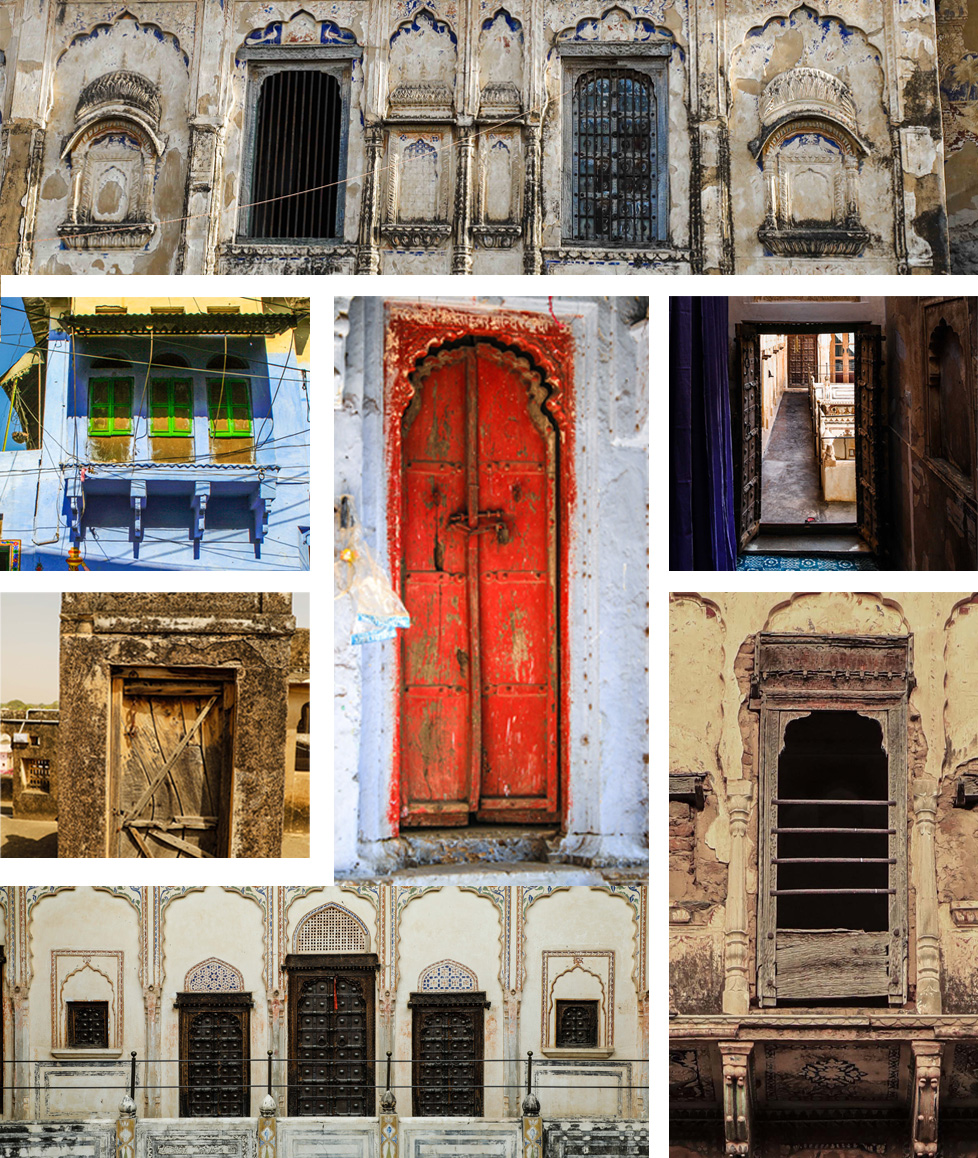 When Indian Moments decided to restore and revive its painted Haveli this peculiar feature posed a unique dilemma. How will our guests who are so distanced with our culture cope with such obstruction. We ourselves had bumped foreheads badly countless times before we even brought the first visitor. Removing the frames for taller ones was absolutely out of question, the frames were so beautifully assimilated with ornamental facades. There was no way staff could be made to stand to warn each time anyone is seen using these entrances and exits. We did two things. Don’t engage anyone while he or she is negotiating with the door frames. Let all the attention be where it matters the most. Second, we hang fluorescent ribbons, the last warning thing before the head approaches close to the frame.

Making sense of the India narrative

To so many, those things that come in mind when the thought of India comes can be very varied. There are many stereotypes, many unrealistic mystifications and even several terrible judgemental notions.