How Indian Moments makes use of traditional wisdom 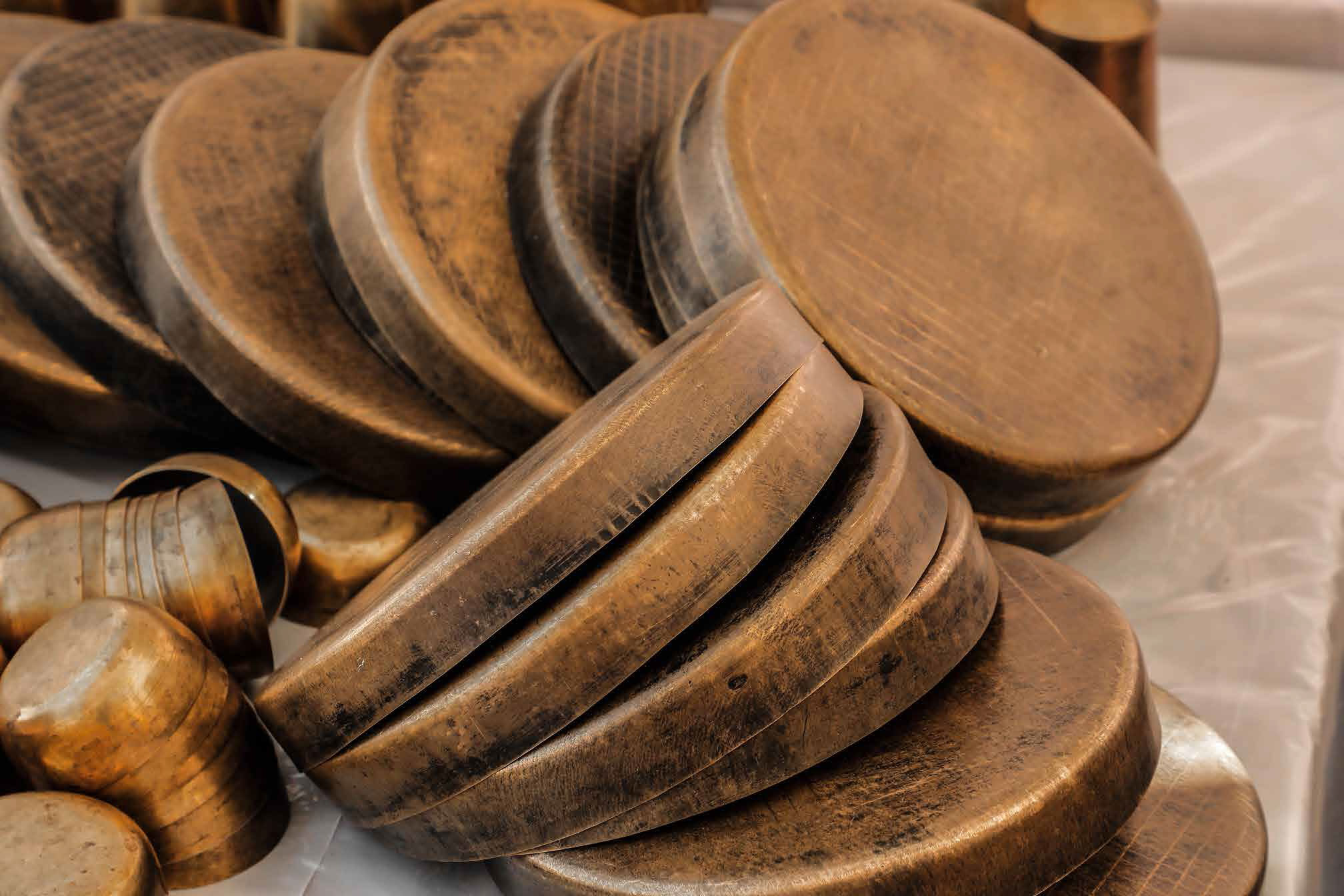 Brass utensils have been traditionally used in India. It’s easy to clean them without water by simply scrubbing with ash.

One of the most common questions that we as Tour Organisers in India are asked by our guests. They wonder why Indian homes and courtyards are so clean from inside while the public places are so full of trash. Another question is why stray animals like cows, dogs, goats or any reasonably harmless animal to humans are found everywhere on the streets and public spaces. The third common observation is the ease with which the dung of cattle is used in agriculture and in cooking fuel. 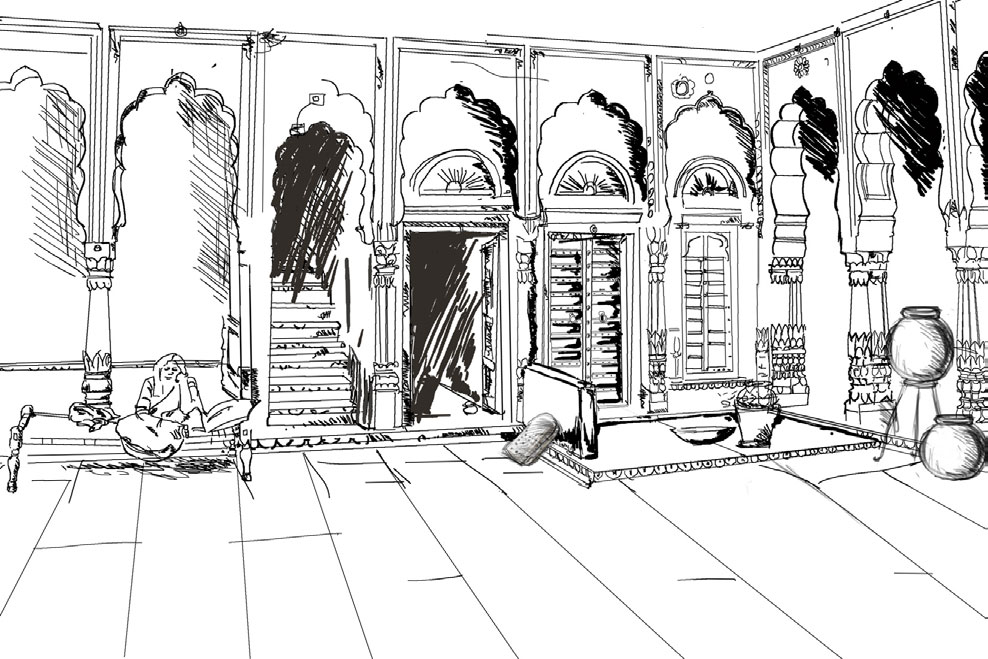 Glorifying about India’s past in the way as if everything was perfect is going to be exaggeration. But certain geographical and demographical facts about India point to development of a certain conscience. India has always remained a densely populated country, mainly due to a geography that assured certainty of food and climate. Monsoon, a wet period of 3 to 4 months has been responsible for more than 70% of rainfall in India. This is the time when immense greenery and harvest always happened. This also means the contrast in season from monsoon to winter to spring to summer has always seriously altered the availability of food, water and natural resources. The cultural conscience so formed got based on the belief of all living beings surviving together non-violently and sharing the assured resources given by nature which, is abundant if conserved but scarce if wasted.
This is why the idea of sharing spaces gained ground in the minds. If anyone who repeatedly visits India is asked that special India-connect then often the explanation is about the impossible looking ways India thrives in its chaos. This chaos is the result of sharing of every common space with everything around. This is a culture where river fronts have been used for common bathing, village ponds and wells were kept sacred so that they could be optimally used and temple compounds were not used for religious duties but for all social gatherings.
The family systems, festivals and pilgrim towns are unmissables in the observations of visitors to India. Courtyards of the houses are the places where everybody is found most of the times instead of individual rooms. Outside, on the streets are animals like cows, dogs and what not. People are commonly found feeding birds, monkeys and even ants. The ideological explanation is that every living being has a right to live and this is possible only by sharing your space and food. Do everything to give back to the nature whatever that you don’t need so that others may survive. Keep the water sources like ponds and wells sacred for larger utility. Keep jungles sacred as they are great preservers of life. A still prevalent customs is to keep certain large trees like peepul and banyan untouched even if they happen to damage the built up areas, such trees are always home to huge density of birds and even ants. 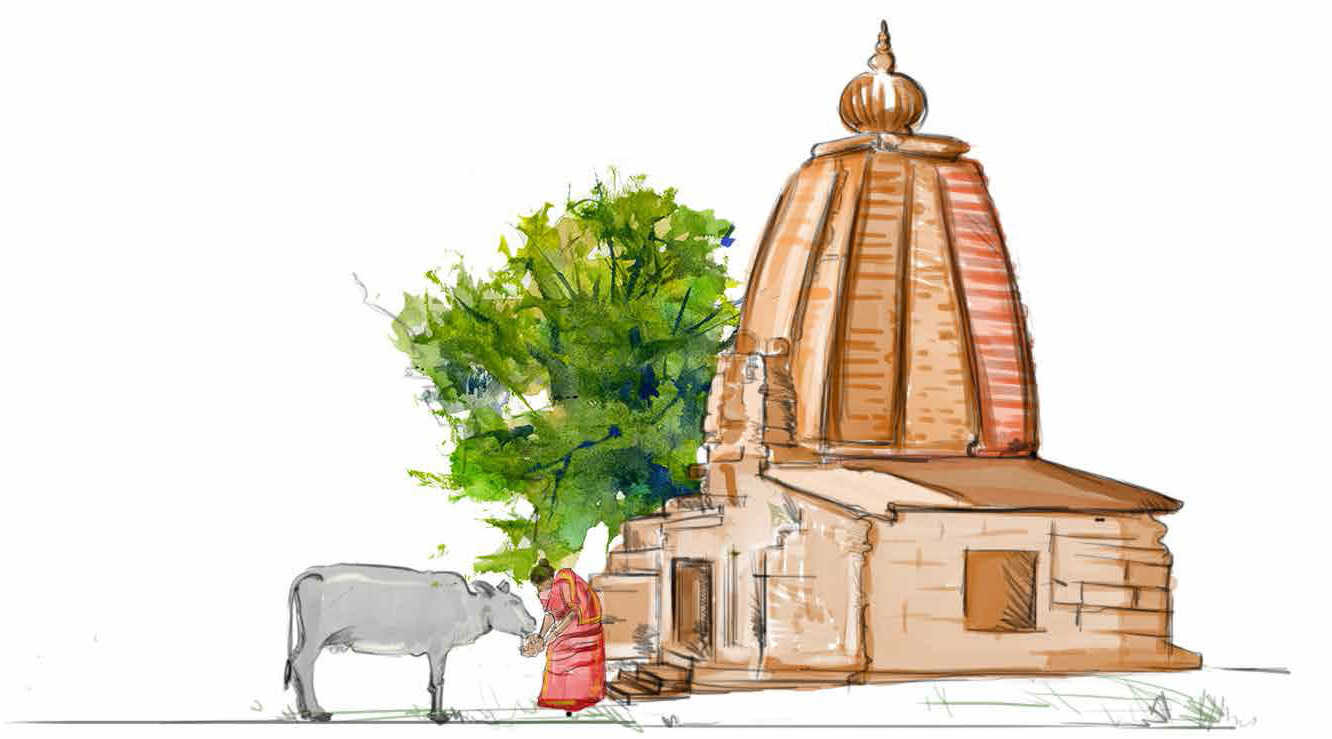 So, where is the problem then? With so much wisdom as the guidance, why there is much trash and filth at common shared spaces? Rivers are filthy, ponds polluted, streets have heaps of garbage and beautiful open spaces are just vanishing. A possible cause the mix of old habits and uninformed judgements. People are still leaving the leftover foods and succulent peels for animals to eat little realising that there are plastic wrappers, bags and packaging cans going along which will never be digested by the amazing biodiversity of India. They are also no longer using plates and containers made of banana leaves, bamboos and straws. Instead, these materials are now made of plastic and thermocols which don’t behave in the same way with the nature. Cattle are eating the food attached to hazardous plastic plates and in the process the whole plastic is going in their bellies. People are no longer using the ashes to clean their kitchen wares, a clean which even didn’t require water.They are now using gallons of piped water with detergents that flows out to ponds and rivers.

All this is mostly out of commonly held knowledge that the nature will gracefully take back everything that you don’t need for yourself. Nature will take back through its biodiversity, water bodies, air, earth and fire. It doesn’t happen so perfectly anymore. There is more plastic in use day by day. Secondly, there is increasing prosperity that motivates people to consume much more than what is naturally available around. And there is a new found greed that forces people to own more and more personally and leave less and lesser for sharing; a trait that goes completely against long held wisdom that you actually own nothing as everything, including your own self, belongs to the nature. Mahatma Gandhi once said “the earth has sufficient for everyone’s need but much less for everyone’s greed”.

A properly informed awareness is needed in India. Fortunately, the awareness is increasing. Still, people complain what an individual can do that can make a big difference. The biggest difference that an individual causes is by changing own habits and put those actions in practice that may educate others. The activity of tourism can play a role of big change because it involves a big number of common people. Many people who are involved are from low income groups- drivers, self employed service providers, entertainers, guides, etc. In our own work experiences we have found all these people to be very receptive about environment related consciousness. The added benefit is that they are much more likely to bring positive change in the habits of their family members than a person from affluent family.
A mention of some small but significant changes of habits towards responsible environmental practices that we’ve watched happening in the people who we could touch upon.

We’ve found our drivers bringing all the plastic trash neatly back after each tour so that this could be disposed properly. They also spread the same awareness in the village homes that they go with their tourists. Our Camps have water dispensers from where our guests refill their plastic bottles. This has reduced the average consumption of plastic bottles from eight to less than one per guest. In our Haveli we stitch cotton bags and encourage our guests to use them. Moreover, our Haveli is serving as a great example for reuse and revival. From old crockery to furniture and even fabrics, most things are rescued from obscurity. The people who see it all have nothing but admiration and we are seeing the habits changing for good in our staff and their families as they watch old wisdom being so relevant even in these times. Indeed, there is a lot more which needs to be done and we are going to try our best each and every time.